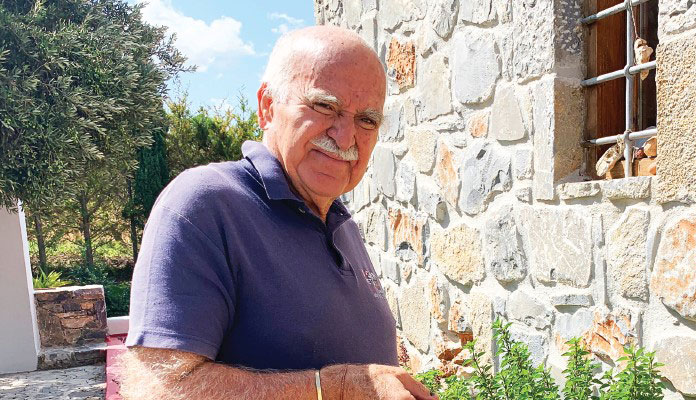 Ioannis Pallikaris is one of the best-known ophthalmologists all around the world. He described and named LASIK, was the first to perform the LASIK procedure on a human eye, and went on to develop Epi-LASIK.

Ioannis Pallikaris described the Photoablatable Lenticular Modulator (PALM) technique for corneal resurfacing and co-invented the Tracey ray-tracing device for clinical aberrometry. A prolific entrepreneur and innovator, he is also an enthusiastic educator who has over 30 years of teaching experience in both Greece and Switzerland, at undergraduate and post-graduate levels. He has written many textbooks, and received numerous awards for his work, including an AAO Lifetime Achievement Award and the ESCRS Binkhorst Medal. 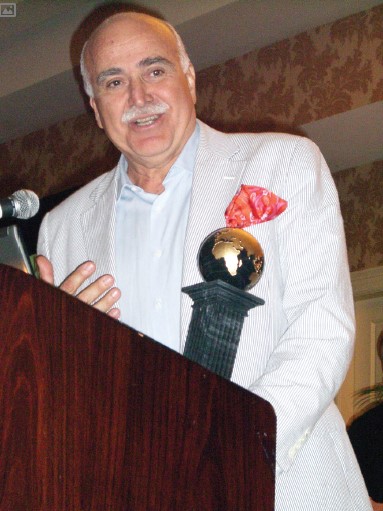 You are a world-renowned ophthalmologist and refractive surgeon who performed the first LASIK procedure on a human eye. Can you please tell us about the procedure and how it was enhanced afterwards?

The initial idea was conceived in 1988 when I first started working with lasers and refractive surgery. My intention was to develop a technique that would overcome the problems that we were facing with PRK (haze, slow recovery, regression), and I thought that the tissue should be removed intrastomally in a single operation… hence the acronym LASIK (laser in situ keratomileusis). My initial idea did not receive acknowledgment from the well-known ophthalmologists of that time such as John Marshall, who wrote to me that
a flap would most likely create 10-12 diopters of astigmatism. Finally, when we purchased the second topographer from EyeSys, I proved that the flap does not induce any astigmatism, and the green light was given for the world-wide application of the technique. It actually took 7 years for LASIK to receive FDA approval, despite the fact that
it has been approved in Europe since 1994. I completed the first surgery on an eye in June 1990. As a consequence, this led to a rapid development in the field of laser refractive surgery and the University of Crete became a world-wide reference center with a lot of publications and research in modern refractive surgery. A number of new techniques were researched and developed in Crete, such as Tracey, Autonomous Laser Technologies, epiLasik, ICR, multifocal lenses, intracorneal inlays, thermokeratopalsty, PALM, etc. 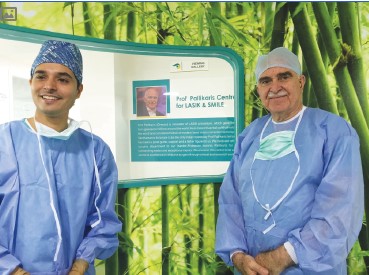 You are also an educator and mentor who has over 30 years’ teaching experience in both Greece and Switzerland. Which one did you enjoy more, practicing or teaching?

Switzerland, I had the unique opportunity to have the best mentors of that time covering the entire field of ophthalmology. For referral purposes, I am mentioning a few names, Prof Witmer (anterior segment and corneal transplantation), Prof Bigar (eye banking), Prof Huber (first intraocular lens surgery in Europe), Prof Hatt (oculoplastics), Prof Lang
(pediatric ophthalmology), and Prof Martennet (medical retina). In general, I believe I had the perfect training as a general ophthalmologist, as well as the chance to design my first instrument (a rotating trephine with suction for corneal transplantation and a computer-assisted placido disc topographer).

At the University of Crete, I greatly enjoyed team work in a multidisciplinary environment that gave me the opportunity to get involved deeper with technology and to be led to new discoveries and serious research. Thus, in the beginning, it was research that was more exciting for me, but with a very concrete clinical background. The application of new technologies, especially in the proper clinical treatment of my patients, was the reward for my efforts. Education was the obvious continuation of all this both at the local but most importantly international level. A great number of foreigners were educated and trained in Crete, and today they occupy positions of prominence worldwide. 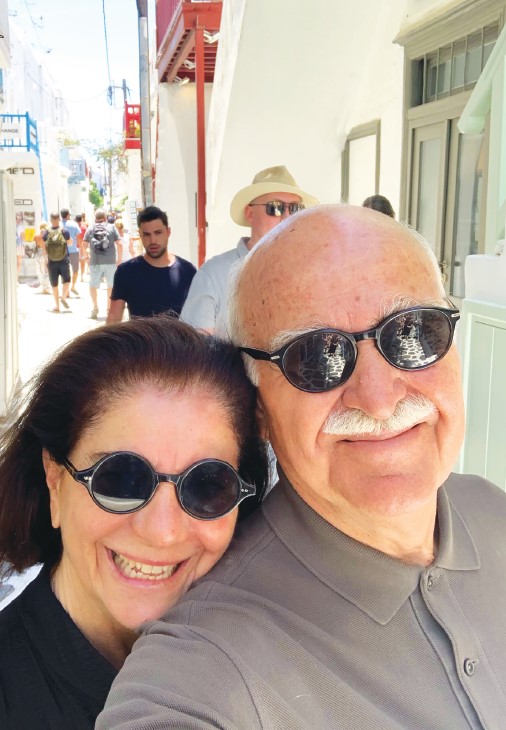 What do you think the biggest discovery in the field of ophthalmology has been when you compare today with the conditions of the early years of your career?

The biggest discoveries are intraocular lenses, refractive surgery with lasers, and injections for therapy of wet age-related macular degeneration.

What difficulties did you encounter in the first years of your profession? What has changed since then?

In the beginning, most of the difficulties originated from the conservative and cautious stance of the “big” companies in implementing my ideas and, in general, in giving credence to a doctor from an unknown university. Following the world-wide acceptance of LASIK, everything became a lot easier. I believe that the key person that communicated my research with lasers globally was Dr. Margarite McDonald, who attended my presentation during the AAO meeting around 1990. Dr McDonald nominated me to Autonomous Technologies from Huston to implement in Crete the preliminary trial of their new laser to
be submitted for FDA approval. My decision to organize the Aegean Cornea Meeting (an international conference held in the Greek islands) on an annual basis also brought together a significant number of world-acclaimed scientists and contributed to the success of the international mini-fellowship program organized at the University of Crete.

What activities do you do in your spare time?

On top of my activities is my garden and my general occupation with farming for my basic needs. Olive oil, wine, raki, seasonal vegetables, bread, and most of the fruits are of my own production I have three horses, two dogs and three cats in my life. My biggest love, however, is the sea. I am a veteran sailor and I have established two sailing clubs in Crete and organized a large number of sailing regattas.

Moreover, I swim on a daily basis, I have been painting since my youth, and I am also occupied with photography and lately writing. What is of interest is the fact that I mainly started writing text when I came to Istanbul, where I stayed for three years with my wife Barbara, who has been the source of my inspiration.

What advices would you like to give to young ophthalmologists?Despite the fact that I may be considered a technological “freak”, I still insist on the classic approach of medicine, the “medical history”. A well-informed and detailed medical history may lead to the proper diagnosis 90% of the time, and this is something we tend to forget lately when we focus on the computer screens without giving the proper attention to what the patients are telling us! Thus, my advice is, one, listen carefully to what your patient is communicating, the rest … you do not really need to study medicine, you can find what you need internet, if
the patients have not discovered it already prior to their visit to you!

Are you actively practicing now?

Yes, I am practicing full time: 60% of my time is allocated for research and 40% for clinical practice. Moreover, I am the founder and President of the University of the Mountains (UoM), a voluntary non-profit organization based in Crete with the sole motivation of the maintenance of human values and devotion to humanity. For the past few years and through the central actions of the UoM, I am providing free medical examinations
to residents of the mountains, remote areas, and isolated islands and refugees of Greece with a fully equipped high-tech mobile unit.